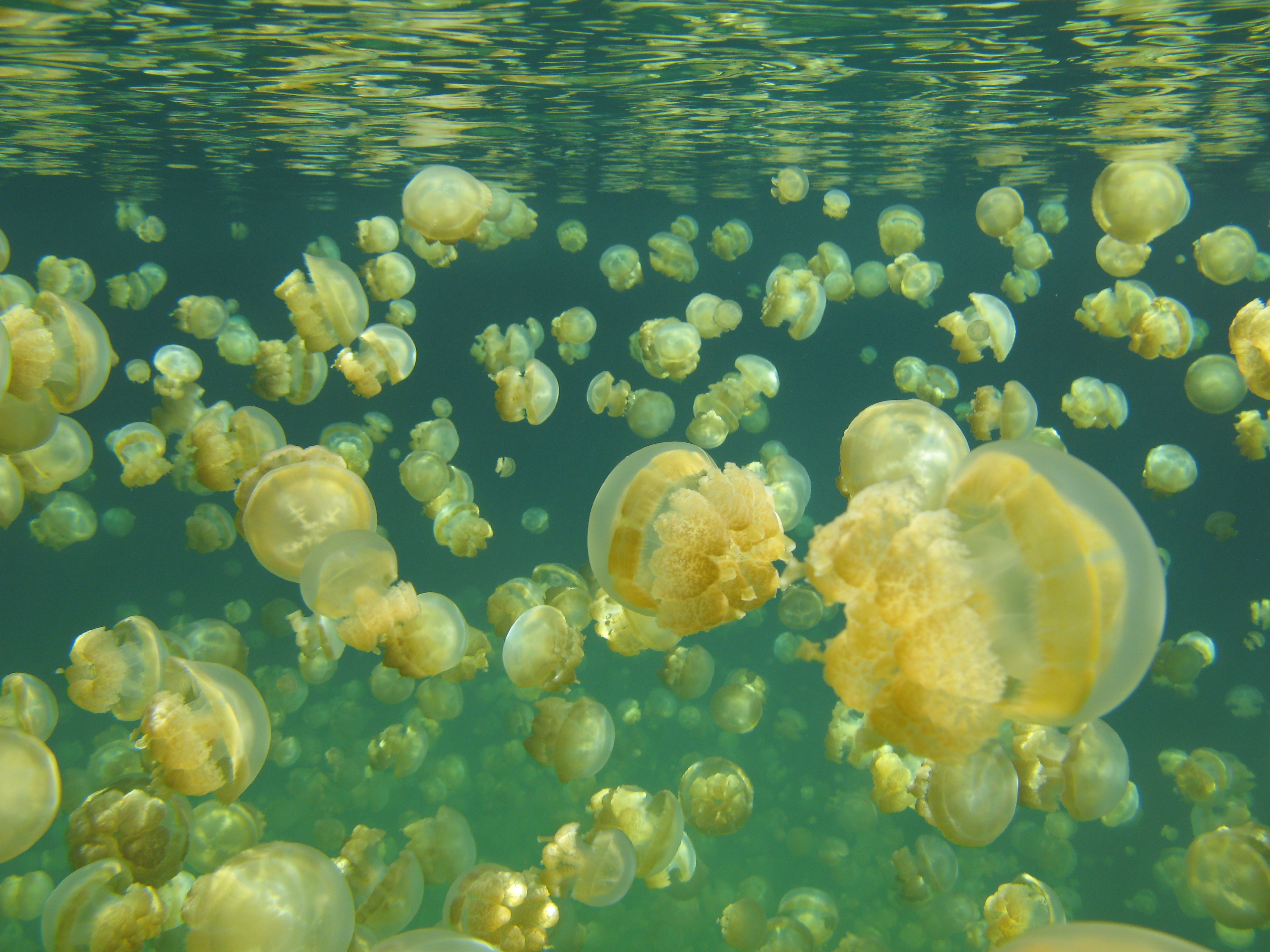 How populations and species are affected by changing climate will depend upon the enigmatic interplay of environmental, ecological, and organismal attributes. Vicennial ecosystem perturbations associated with extreme El Niño / La Niña events may offer insight into environmental and organismal interactions that drive variation in functional traits. This project seeks to understand the factors that lead to variation in the appearance of Mastigias jellyfishes in marine lakes, Palau, both spatially and temporally, and asks what are the consequences for the jellyfish, its symbiont, and prey?

Comparison of current perturbed and subsequent ‘normal’ conditions, and contrast with an ancestor-like sister population in the ocean, has potential to rapidly advance understanding of [1] interactions between genotype, phenotype, and environment in both ecological and evolutionary contexts, and [2] how individual variation in genotype-by-environment interactions influence population and ultimately species responses to environmental change. We hope to reveal whether similar suites of loci are involved in plastic and in adaptive responses to changing environments, i.e. whether there is support for the concept of genetic assimilation in Mastigias. The project will (i) improve understanding of a socio-economically important ecosystem — Jellyfish Lake  (Ongeim’l Tketau)—  supporting decisions by local government resource managers, and (ii) improve understanding of plasticity in jellyfish which may contribute to, and shape, the consequences of jellyfish blooms.

‘Evolutionary’ morphological variation in Mastigias papua medusae trends from ‘ancestral’ lagoon and ‘young’ lake populations to older more differentiated lake populations. Conspicuous phenotypic trends include decreasing [1] maximum size and [2] pigmentation, plus decreasing number and size of [2] oral arm filaments and [3] terminal clubs (Dawson & Hamner 2005; Swift et al. 2016). These trends appear partially reversed by ‘ecological’ morphological variation emerging at low density during recovery from mass mortality. The marine lakes, each of which harbors a distinct population, range from about 9000 years to 15000 years of age (from left to right); Jellyfish Lake, is ~12000 years of age (photo circa mid-1990s).